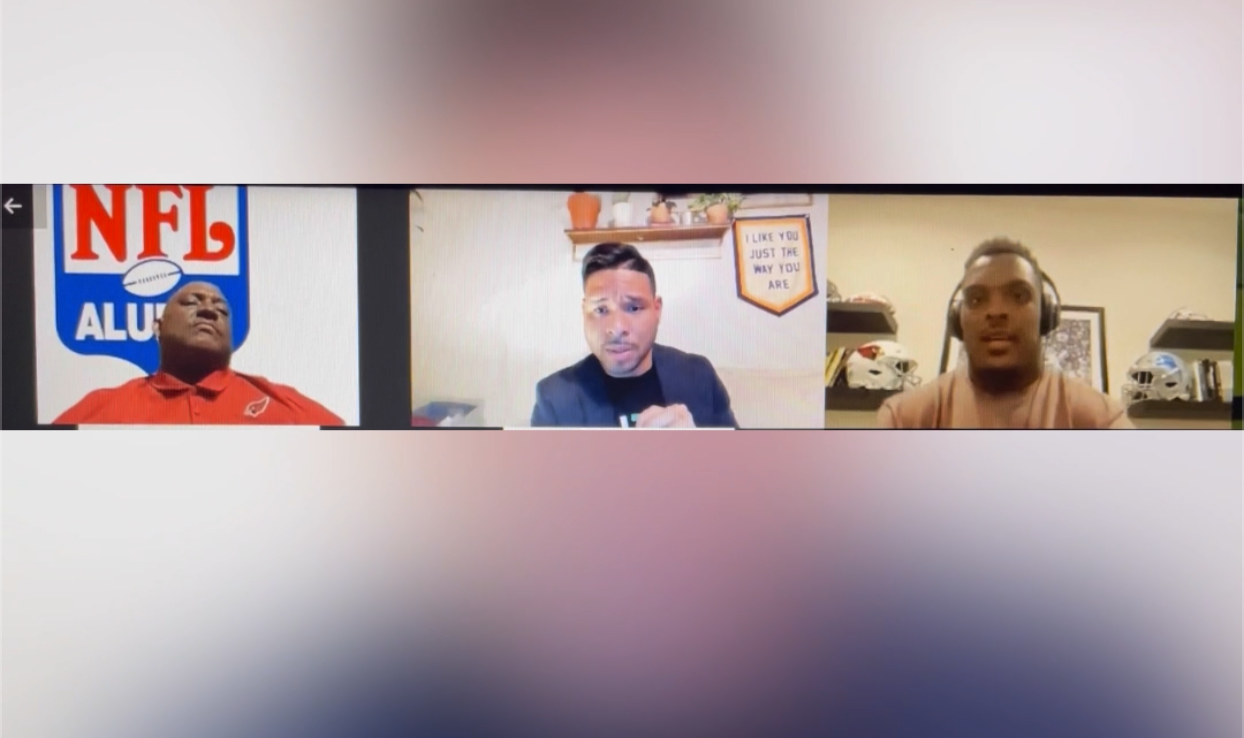 Empowering youth through mentorship is what BBBSAZ is all about, and linebacker Devon Kennard touched on why it is so important, especially in the Black community, to have a mentor you can look up to.

Young boys are sometimes taught that in order to be a ‘true’ man they have to face the world alone and not share their emotions. In a PlanUSA Study in 2018, one-third of boys feel they have societal expectations to be strong and tough, and to ‘suck up’ any feelings they may have, and 82% of boys have heard someone tell a boy they were “acting like a girl” when expressing their feelings. Seven in 10 boys said they personally feel pressure from parents, friends, teachers, or society to be physically strong and 44% of older boys (14 to 19) feel pressure to be ‘willing to punch someone if provoked,’ while one in three, or 35% of younger boys (10-14) feel the same.

It’s important for these kids to have someone who is on their team, and can show them the value of asking for help when they need it. In football, Derek said “you can’t get the job done by yourself, everyone has to do their part.” This could be an important lesson for some boys to hear—it teaches them accountability and responsibility, but it also teaches them how to cooperate with others and be a dependable friend. Devon carried on this idea, as he tells the event attendees that “life is a sport” and he wants “everyone in his life to know that they can depend on him, his resume speaks for itself.”

Devon mentioned that his older brother coached him in high school and pushed him to do his best, he laughed as he reminisced about the coaching and roughhousing his brother did for him. Devon said it was for the best that his brother toughened him up.

The need for mentors is ever-present, especially in the midst of the COVID-19 pandemic, income disparities and racial injustices that we are currently dealing with in today’s world.

Male mentorship is important for young boys as they grow up and experience their lives. This mentor relationship offers emotional and social skills to young boys they might otherwise lack, and with their interpersonal skills increasing, the likelihood of aggression or otherwise risky behaviors decrease. “Mentors of color can particularly engage Black boys in deeper conversation about the intersection of violence, culture, and masculinity — reframing negative thinking about concepts of strength, power, and ‘being a man.’ They can also help them effectively navigate systems and institutional barriers to success,” The Institute of Education Sciences (IES) of the U.S. Department of Education reported. Part of mentoring is the representation of who the child is, and that can come in many different forms such as a race, religion, sexuality, income background and more.

Young Black boys will experience life different than other people; they will have to deal with racial disparities and discrimination because of the color of their skin. This isn’t fair or right by any means, but it’s the unfortunate truth. A popular conversation brought up during the racial justice and anti-police brutality movement from last summer was Black parents who had to have the race talk with their sons about what to do if they’re stopped by police, why people might treat them differently and even how to code switch to appear less threatening.

This talk is important, but children might not understand fully at first. Having a mentor who is consistent and builds up a stable, lifelong friendship provides the child with the opportunity to continuously learn about these hard truths. A mentor also provides the mentee with a caring adult who they can turn for both support and celebration.

The world isn’t easy to navigate for anyone, and it’s important to recognize the barriers that Black boys and men will have to face that others won’t. However, acknowledgment is just one step, the next one is to find solutions for those obstacles— it’s clear one solution is mentorship. If you want to be a part of the solution, find out how you can become a mentor or recruit mentors.

86% of Littles waiting for a mentor (known as a Big) are boys.
However, only 38% of new volunteer Bigs are men.
We are calling all male volunteers to ignite the potential of these waiting boys!